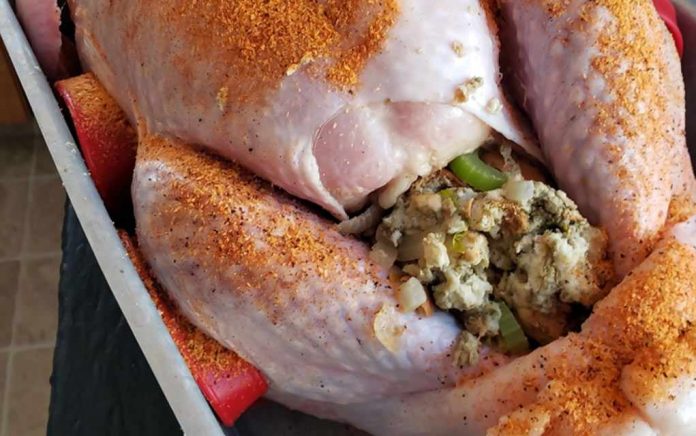 Food Thermometer Essential When Stuffing a Turkey
For optimal safety and uniform doneness, cook stuffing separately. However, if stuffing a turkey, it’s essential to use a food thermometer to make sure the center of the stuffing reaches a safe minimum internal temperature of 165 °F.

Cooking a home-stuffed turkey is riskier than cooking one not stuffed. Even if the turkey itself has reached the safe minimum internal temperature of 165 °F as measured in the innermost part of the thigh, the wing and the thickest part of the breast, the stuffing may not have reached a temperature high enough to destroy bacteria that may be present.

Bacteria can survive in stuffing that has not reached 165 °F, possibly resulting in foodborne illness.

Frozen Turkeys Stuffed at the Plant under USDA Inspection
The USDA does not recommend buying retail-stuffed, uncooked turkeys from a store or restaurant.

However, some turkeys purchased frozen have been stuffed at a plant under USDA inspection. These turkeys are safe when cooked from the frozen state as per the manufacturer’s package directions.

1. Prepare Stuffing Safely
If you plan to prepare stuffing using raw meat, poultry, or shellfish, you should cook these ingredients before stuffing the turkey to reduce the risk of foodborne illness from bacteria that may be found in raw ingredients. The wet ingredients for stuffing can be prepared ahead of time and refrigerated. However, do not mix wet and dry ingredients until just before spooning the stuffing mixture into the turkey cavity.

If stuffing is prepared ahead of time, it must be cooked immediately and refrigerated in shallow containers. Do not stuff whole poultry with cooked stuffing.

2. Stuff Loosely
Do not cool the stuffing. Spoon it directly into the turkey cavity right after preparation. Stuff the turkey loosely — about 3/4 cup of stuffing per pound. The stuffing should be moist, not dry, because heat destroys bacteria more rapidly in a moist environment.

Do not stuff turkeys to be grilled, smoked, fried, or microwaved.

3. Cook Immediately
Immediately place the stuffed, raw turkey in an oven set no lower than 325 °F.

4. Use a Food Thermometer
For safety and doneness, check the internal temperature of the turkey and stuffing with a food thermometer.

Continue to cook the turkey until the stuffing is safely cooked.

5. Let It Rest
Let the cooked turkey stand 20 minutes before removing the stuffing and carving.

6. Refrigerate Promptly
Refrigerate the cooked turkey and stuffing within 2 hours after cooking. Place leftovers in shallow containers and use within 3 to 4 days. Reheat leftovers to a safe minimum internal temperature of 165 °F.
Read the full report here.
As published by the USDA on HealthyExaminer.com 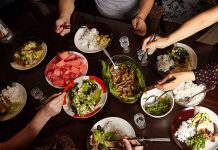 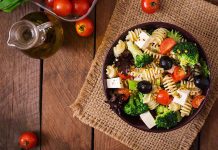 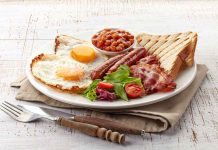 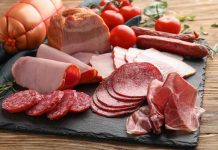 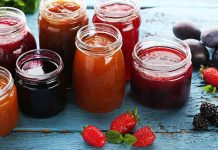 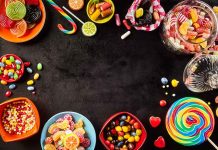