Why you may not need all those days of antibiotics

A recent article in the British Medical Journal set off a bit of a firestorm with its claim that “the antibiotic course has had its day.” The authors challenged the very widespread belief that you should keep taking every last dose of antibiotic prescribed by your physician even after you feel better. This advice has long been claimed to be key to preventing antibiotic resistance.

The challenge to that claim has sparked a backlash, with physicians and public health officials expressing concern about an overly complex message that could result in encouraging patients to go rogue and ignore their doctors’ prescriptions.

All of this is a bit amusing to experts like me, who have been actively challenging this silly dogma for a long time, but without the recent media attention. So let me try to bring some clarity to the debate, which really isn’t that complex, so you understand what to do when your doctor gives you a prescription for antibiotics.

Why taking too much of an antibiotic is drug abuse

How did we get to this point, with such a huge gulf between reality and dogma? And how could so much of the medical community have been so wrong for so long?

Let’s make one thing explicitly clear. Historically, doctors and patients have both been pretty dreadful about using antibiotics appropriately. We’ve long prescribed antibiotics out of fear and habit, not science.

Indeed, as far back as 1945, Alexander Fleming, the man who discovered penicillin in 1928, warned the public that people were taking penicillin to treat diseases not caused by bacteria, and that this unnecessary use of penicillin was going to breed out antibiotic resistance. He warned that those who so abused penicillin would be “morally responsible” for the deaths that ensued from penicillin-resistant infections.

The sad thing is, society never did listen. Recent data confirm that our use of antibiotics has gotten no better in the modern era.

The truth is, we do not know how long a course of antibiotics is necessary to treat most types of infections. Even in the modern scientific era, the primary basis for the duration of most courses of antibiotics is a decree Constantine the Great issued in A.D. 321 that the week would consist of seven days. That’s why your doctor gives you seven or 14 days’ worth of antibiotics!

But in the last two decades, we actually have had dozens of clinical trials published demonstrating that shorter courses of antibiotics are just as effective as longer courses (see table).

Enter Dr. Louis Rice, chair of medicine at Brown University. Rice has long been an international leader in antibiotic use and resistance. Ten years ago, he gave a lecture at a national infection meeting in which he challenged physicians to move to evidenced-based, short-course antibiotic regimens.

He then went a step further and became the first expert to publicly challenge the nonsense that continuing to take antibiotics after you feel better would somehow prevent the emergence of resistance.

Rice is the man who first called out that the emperor had no clothes. He traced the origin of this incorrect myth back through time. He discovered that the myth appears to originate due to a general misunderstanding of the findings in an article published in 1945, one of the first descriptions of penicillin therapy for pneumonia (lung infection).

Not only is there absolutely no evidence that taking antibiotics past when you feel better will reduce antibiotic resistance, it doesn’t even make sense. The fact is, the longer you take an antibiotic for, the greater the chance that antibiotic-resistant bacteria will emerge in your body and in the environment around you.

The World Health Organization (WHO) agrees that there is scant, if any, evidence for long courses of antibiotics, saying that “shorter treatments make more sense – they are more likely to be completed properly, have fewer side effects and also are likely to be cheaper.”

So, what should we do about antibiotic courses?

Medicine in the 21st century is a team sport. You and your physician need to be partners in decision-making. If you are sick and your doctor mentions antibiotics to you, the first thing you should say is, “Hey, doc, do I really need the antibiotic?”

Doctors may otherwise prescribe an antibiotic even when you don’t need one, out of fear that you will be unhappy without the prescription. Flip the script on them. Help them to know that you’d prefer not to take the antibiotic unless it is really necessary.

If your doctor says, “Yes, I believe you have a bacterial infection and you need the antibiotic,” the next question is, “Okay, can we treat for a short course?”

Third, after you begin taking the antibiotics, if you feel much better before you complete the course, give your doctor a call and ask if you can safely stop therapy.

So, the bottom line is, doctors should prescribe as short a course of antibiotics as possible to treat your bacterial infection. If you feel completely well before you finish that course, you should be encouraged to call your physician to discuss if it is safe to stop early.

See, it’s not so complicated after all. 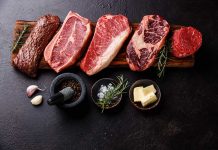 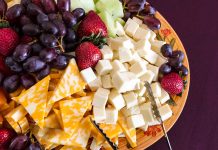