Breasts are a very important part of mammal biology. Most of us were obsessed with them when we were babies, and some of us continue to be obsessed with them to this day. While half the world might spend an inordinate amount of time staring at them, the following video breaks down the science behind these mammary glands, and why they are super important.

Video Transcript
Breasts. They provide nourishment for our babies, they are one of the few organs not fully developed at birth, and of course are a major obsession in western culture. Yet there is so much about breasts that isn’t discussed or is deemed taboob, sorry “taboo”. So, what does science say about breasts?
Forget water into wine – what about blood into milk? Proteins, sugars, and fat are pulled from a mothers blood supply to make milk, and it is this action that has made mammals so successful. Unlike birds or reptiles, whose young are dependent on parents to bring them outside food such as insects, mammals, from the word mammary, access their nutrition at a young age from the secretion of a mothers milk.
Breasts come in all shapes and sizes and though there is a positive correlation between breast size and weight, genes also play a crucial role in the size of boobs. 50% of the time one breast is larger than the other, most commonly the left boob, known as breast asymmetry. This asymmetry is normal and though scientists aren’t entirely clear why, a possible contributor is the hormonal changes that happen during puberty.
On top of this, the size of your breasts vary from week to week! Yup, the production of estrogen and progesterone throughout the menstrual cycle changes the size of your breasts.
Both men and women have nipples and mammary glands, but usually only women have them develop at puberty. This characteristic is uniquely human as other mammals breasts only enlarge during nursing.
The ring of pigmented skin surrounding the nipple is called the areola which is covered in little bumps called Montgomerys Gland. While lactating, the glands make oily secretions that keep the nipple lubricated and may also release compounds to make the nipple seem yummy for a baby. The nipple isn’t composed of a single orifice but has many tiny holes you cannot see with the naked eye.
After having a baby, receptors in the nipple detect when the baby begins to suckle, sending messages to the mothers brain, causing a release of oxytocin and continued production of prolactin. Oxytocin causes cells that line the mammary glands to contract and is also known as the cuddle hormone, as it enhances the bonding experience between mother and child.
The hormone prolactin is essential in making milk. This whole hormonal process can be triggered after only hearing a baby cry, even if it isn’t your baby! Babies love breasts, but so do people. Research has found that people spend more time observing large breasts with a certain hip to width ratio – potentially explaining why breast augmentation surgeries are the most prevalent form of plastic surgery, with 300,000 surgeries being performed in 2014…in America alone. However, the same research shows that people prefer breasts of all different shapes and sizes, and medium sized breasts were actually rated as statistically most attractive.
Breasts don’t only create joy for others, but also for oneself. Studies show that stimulation of nipples enhanced sexual arousal in 82% of women and 52% of men. Interestingly an fMRI scan that mapped the brains response to clitoral and vaginal self-stimulation, found that the same areas lit up when a woman stimulated her nipples.
Despite being an amazing source of both nutrition and pleasure, breasts are incredibly vulnerable. Breast cancer is the most prevalent form of cancer in North America. Cells that divide often are at a higher risk of mutations than cells that don’t divide – and because breasts change and grow over the course of our lives, these cells are frequently dividing. The hormone estrogen also stimulates breast cell division, and there are environmental chemicals found in pesticides, industrial products, and even our food that mimic estrogen and can influence cell growth, increasing the risk of breast cancer.
Research is discovering new risk factors of breast cancer such as breast density, age of first pregnancy, and genetic predisposition to breast cancer genes such as BRCA1 and BRCA2. This scientific knowledge can help increase prevention. Although they are vulnerable, they are incredible, and regardless of shapes and sizes they are an essential aspect of sustaining human life and defining us as a species.
Thank you boobs. 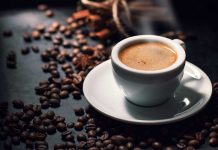 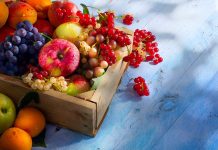 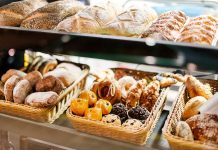