Humans began domesticating animals for food over 10,000 years ago, cultivating a close relationship with animals over the following millennia. Like humans, animals can get sick, and sometimes infections pass between humans and animals. Some of these infections, like ringworm, are mostly harmless, while others, like bovine tuberculosis, are extremely serious.

But how do we find out if these infections pose a risk to humans? I study dairy cows infected with bovine leukemia virus (BLV), which is found in most of the dairy herds in the U.S. Scientists are trying to figure out if BLV infects humans and, if it does, whether there is a link between BLV and breast cancer.

This kind of research is not only a great example of how scientists monitor health risks in our food supply, but also why it’s critical to revisit, and maybe revise, older scientific conclusions as new and improved technologies become available.

When BLV was first discovered in the late 1960s, scientists set out to learn more about it, including the possibility of BLV infection in humans. Based on the scientific techniques available at the time, it was determined that BLV was not a risk to cattle or human health.

BLV is present in 83 percent of dairy herds, and almost 40 percent of all dairy cows are infected

But with a shift from small farms to industrialized agriculture, BLV infection rates have skyrocketed since the 1960s. Today in the U.S., BLV is present in 83 percent of dairy herds, and almost 40 percent of all dairy cows are infected. BLV is also present in 39 percent of U.S. beef herds.

The average American consumes almost 620 pounds of dairy and over 50 pounds of beef every year.

Given the increase in BLV infections, American diets and major advances in scientific technology allowing for greater detection of BLV, researchers decided it was time to revisit whether BLV poses any risk to humans.

A 2003 study from researchers at UC Berkeley, led by Gertrude Buehring, used newer, highly sensitive techniques to test 257 human blood samples, finding antibodies for BLV in 74 percent of them.

So what does that mean? Antibodies can develop against a virus whether it is alive or dead. But, only a live virus can infect and replicate within cells, causing illness. This study told us that humans are exposed to BLV, but not if humans are getting infected with live BLV.

The most probable way people are exposed to BLV is by consuming the milk or meat of infected cows. Since BLV is a blood-borne virus that is transmitted through bodily fluids, transmission through consumption is not likely, though not impossible.

Infected mothers (both humans and cows) can transmit these types of viruses to their babies when nursing, but this type of transmission would probably not happen to adults. And in the event that BLV could infect adults after ingestion, cooking or pasteurization would kill the virus anyway.

However, consuming pasteurized milk could provide exposure to dead BLV, which could explain the presence of antibodies against BLV in our blood. Although research hasn’t investigated whether BLV can be found in meat, it is possible.

The antibody data from Dr. Buehring’s study showed that we are likely exposed to BLV, either live or dead, and these results merit revisiting a scientific question previously considered settled. Could BLV infect and replicate within human cells?

Unfortunately, the research on this question has provided conflicting answers.

The evidence for BLV infection in humans

The Buehring group, which found BLV antibodies in humans, published research in 2015 reporting that BLV had been found in cancerous human breast tissue.

In a separate publication, the Buehring group found BLV DNA in 44 percent of 219 breast tissue samples, suggesting that BLV does infect humans.

The evidence against BLV infection in humans

But other researchers haven’t found the same thing.

Researchers in Belgium examined 51 breast cancer tissue samples for BLV DNA, but they found none. Another study conducted by the Thiel research group in 2007 looked for BLV DNA in cancerous T cell (blood cancer) samples, which are caused by a close viral relative of BLV. However, they didn’t find any BLV DNA in the samples they examined.

The Su team at the University of Texas broadly probed for active viruses within a wide range of malignant cancers (including breast cancer), and they didn’t find evidence of any viral activity in the breast cancer samples, including BLV. This contradicts the Buehring results that showed 6 percent of tumor samples with BLV protein.

What does BLV do to cows?

BLV does not cause breast cancer in cows, although BLV has been detected in bovine mammary tissue. Instead, BLV causes leukemia or lymphoma, which are blood cancers, and only about 5 percent or fewer BLV-infected cows will develop cancer. That could be related to their short lifespan – dairy cows are usually slaughtered for meat around 4-5 years of age.

BLV-infected cows produce less milk and have shorter lifespans. It’s likely that BLV infection impairs their immune system, and a healthy immune system is essential to the well-being and productivity of dairy cows.

Even if BLV isn’t a risk to human health, studying it remains important because of the risk it poses to dairy cattle.

Should you be worried about BLV?

Here’s what we know: Humans are probably exposed to BLV through the meat and dairy consumed from infected cattle, but we don’t know whether we are exposed to live or dead BLV. If we are exposed to live BLV, it’s likely due to consuming raw milk products or undercooked meat. And if we are getting infected with BLV, it could possibly increase the risk of getting breast cancer, according to one study.

Today the research suggests that BLV isn’t a risk to humans. But, if you are worried, avoid unpasteurized dairy products and make sure your meat is fully cooked – and these are important practices for staying healthy anyway.

While the current scientific literature suggests that BLV isn’t a risk to humans, the question about BLV and its risk to humans illustrates an important principle of science – and of the relationship between human and animal health.

Animal agriculture has existed for 10,000 years, and BLV was discovered only 40 years ago. Our scientific knowledge expands every day due to improved technologies and increased understanding of the world. Often, this means that we need to refine, or even revise, previously held scientific truths. 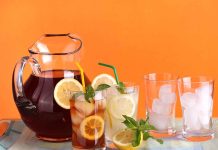 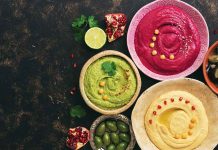 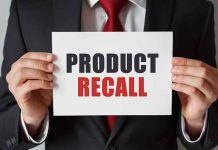 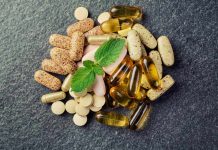 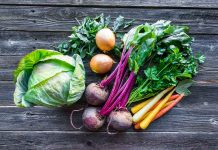