When it comes to health and fitness, there are rarely any quick fixes. But if you’re struggling to get the recommended 30 minutes of exercise a day, micro workouts might be just the thing you need to start improving your fitness.

We all know vigorous exercise is good for our health. It’s hard to sustain high-intensity exercise for a long period, so it’s often done using short bursts, interspersed with short recovery periods. This is known as high-intensity interval training or HIT, and it can be done on a bike, treadmill, within a group training session – or however you can achieve the desired intensity.

There are potentially endless variations of HIT depending on the duration, intensity and number of repetitions, and duration of recovery periods. One common example is to perform eight to ten one-minute bouts on a bike, at an intensity close to maximal aerobic capacity, with each repetition followed by one minute of rest.

So, how does HIT compare with traditional workouts? And how long do these sessions need to be to make a difference?

Most studies show that between two and 12 weeks of HIT can deliver meaningful health and fitness benefits in people new to exercise.

For people at risk of heart disease, diabetes and stroke, as well as those new to exercise, HIT has been shown to improve aerobic fitness and reduce blood pressure, bad cholesterol and insulin resistance to the same or greater extent than continuous moderate intensity exercise.

These improvements all occurred in the context of a lower time commitment than the current exercise guidelines.

But among healthy individuals, there is currently no strong evidence that HIT (involving intervals of up to one minute in duration) induces greater health benefits than regular, continuous forms of exercise.

There is, however, little doubt that intermittent exercise facilitates a more effective exercise session for a given time than continuous exercise. The inclusion of short recovery periods allow people to exercise at a high intensity for longer which provides a larger stimulus for adaptation and bigger training effects.

Is HIT a fast track to health?

These results have shifted exercise physiologists’ thinking on determining the minimum amount of exercise required and intensity needed to promote measurable health benefits.

Recently a group in Europe compared two HIT variations: four four-minute bouts (with three minutes recovery) versus a single four-minute effort at 90% of the maximum heart rate. Participants at risk of diabetes, heart disease and stroke performed these regimes twice a week for ten weeks.

The result? Researchers observed similar increases in aerobic fitness, and reductions in blood pressure and insulin resistance for both groups.

But there may be a danger of reducing the intervals too much. This is highlighted in an Australian group’s finding that a HIT session of eight to 12 ten-second “all-out” efforts three times a week for two weeks was insufficient to induce improvements in aerobic fitness.

So the jury is still out on what the minimum duration and maximum intensity of HIT should be for health benefits.

Is HIT better for weight loss?

The evidence is also unclear on whether HIT is a better option for obese or overweight people to trim down. Studies attempting to answer this question have had too few people or focused on insensitive measures of body weight to detect meaningful changes.

There is, however, some strong evidence that the inclusion of HIT will promote reductions in waist girths, which indicates reductions in potentially harmful abdominal fat.

It’s important to note that meaningful and sustained weight loss requires a more holistic approach, where a program of decreased caloric intake is combined with an exercise program that might include HIT.

What are the disadvantages and risks of HIT?

High-intensity interval training, as the name implies, is hard training and, as such, even the most seasoned fitness enthusiast can overdo their training.

If you’ve previously been inactive or have been advised to exercise due to a chronic health problem such as obesity, type 2 diabetes and cardiovascular disease, it’s important to consider the risks associated with vigorous exercise, which include:

It’s also possible that too much HIT may result in unnecessary overuse injuries or fatigue. This phenomenon was documented in cyclists who supplemented their training with HIT. After eight to 12 HIT sessions, over three to four weeks, their performance declined.

So, should I swap my exercise routine?

The evidence is mounting that HIT offers a great high-quality workout for just about everyone wanting to promote and maintain fitness and health, especially when time is of the essence.

As HIT offers improvements quite rapidly, when used appropriately it could be useful as a starter program; seeing quick pay-off in the gym can be a good motivator. But keep in mind that, as with all training modes, HIT should be personalised so the type of exercise is safe, the workload performed is matched to personal capacity and is progressed at an appropriate rate.

It’s often a good idea to mix up exercise sessions regularly to get the most out of your work-outs. For the serious athlete, it should be an integral part of the training regime, and should be programmed into the correct part of your training cycle.

If you have a medical condition and want to try HIT, seek medical advice and professional support first. But if you’re already healthy and somewhat active, HIT may be an ideal way to get more out of your training session.

Chris Shaw has received funding from BUPA Foundation UK and the Insulin Dependent Diabetes Trust. He is a member of the PCOS alliance, European College of Sports Science and the American Physiological Society. He is also an accredited Exercise Physiologist with Exercise & Sports Science Australia. 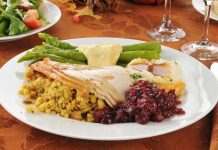 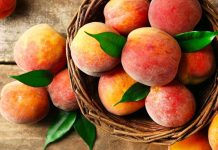 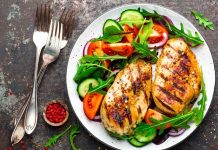 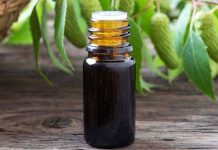 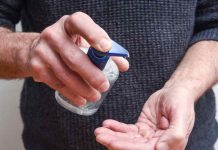