Do you really know whats in the water you drink?
HealthyExaminer has been keeping up with the recent rash of news stories regarding threats to our drinking water.  Most of us have followed the Flint tragedy and are alarmed by the threat to public health.  Recently, equally disturbing reports have surfaced from California and Louisiana.
Flint is really just one example of a much larger threat to our health.  The conditions that led to the issues in Flint are not new or isolated.  The reality is that our water supply in much of the country still travels through a toxic infrastructure laid down in the last century.

According to a New York Times analysis of federal data:

Whoa! Let’s put that in perspective.  One in five consumers of public tap water in the US have knowingly been exposed to potentially harmful contaminants.  These are scary numbers and these are just the “known” violations, the real number of people affected could be much greater.
Although the New York Times article is a few years old the problems highlighted in the article are frightening and still very relevant.  While the United States has some of the safest drinking water in the world we are still not immune to dangerous levels of metals, pathogens and chemical contamination in our water supply.
Government regulators and the EPA are tasked with the crucial job of testing and regulating our water supply.  The 1974 Safe Drinking Water Act has unquestionably created a much safer water supply by mandating testing which now includes monitoring for more than 100 harmful contaminants.
As reassuring as those tests are there are still thousands, if not tens of thousands, of potentially harmful contaminants that are not currently being tested.  The EPA is only authorized by Congress to investigate no more more than 30 potential contaminants every five years.  Not very reassuring that the EPA will be able to keep up with and identify the growing threats to our water supply.
According to a General Accounting Office (GAO) audit:

EPA’s ability to ensure the public is consuming safe drinking water had been hindered by “systemic limitations in EPA’s implementation” of those amendments.

the number of potential drinking water contaminants is vast – as many as tens of thousands of chemicals may be used across the country, and EPA has identified more than 6,000 chemicals that it considers to be the most likely source of human or environmental exposure.

And the most shocking part in the GAO report is the admission that some of these unregulated contaminants are most harmful to young children:

Children, for example, represent a sensitive subpopulation because they may be more highly exposed to toxic substances in drinking water and at greater risk of adverse health effects than adults as a result of consuming more water per unit of body weight than adults,” the audit stated. “Children may also have increased susceptibility following exposure to drinking water contaminants because they continue to develop both behaviorally and physiologically throughout childhood.

How did Flint happen?  Why were these problems only exposed to the public by outside testing? Can you trust government regulation with your family’s health?
According to Environmental Working Group consumer recommendations:

Anyone drinking tap water should use some form of carbon filtration designed to reduce exposures to trihalomethanes, haloacetic acids and other water treatment contaminants.

And According to Dr Mercola in this article:

There’s no doubt about it: Safe, pure water is becoming increasingly difficult to come by, even in otherwise affluent, developed nations. For most people, regardless of where you live, purifying the water you drink is more a necessity than a choice.

We believe that instead of relying on government oversight to protect our health we need to take care of ourself and our family’s health. In light of these findings we implore everyone to:

Proactively protect yourself and your family’s health

We recommend filtering all water before consumption. This is the best solution to protect you and your family’s health.
This filter is highly recommended..

Know Whats In Your Water 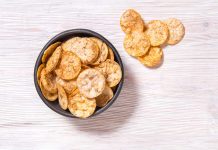