As the new year rolls on and people consider the resolutions they have already broken, we’re being flooded with advice on what to eat. The US has released its revised dietary guidelines, Public Health England has launched their new sugar app and there are endless new books, TV shows, magazine articles and blogs advising us on how to lose weight, stay healthy, avoid disease and live longer. Although the health experts’ views on how to achieve these goals may differ, they have one thing in common: they only focus on what to eat. But eating well is about much more than what you eat, it’s about when, where, why and how you eat as well.

We live in a culture where being busy is valued. We’re too busy for breakfast, too busy for lunch and too busy for a proper meal in the evening. And so the traditional three-meals-a-day structure of our lives is disappearing and people are getting fatter and fatter as more snacks are consumed than ever before. But if we have specified meal times then we will eat these meals and nothing else in between as we’ll remember “I’ve had that meal”.

Not only are meal times disappearing, designated meal places are also on the way out. And so people eat in the car, at their desks, walking down the street or on the sofa in front of the TV. Yet much research shows that eating on the go or eating when distracted can make people eat more as they aren’t focusing on how much food they’re consuming. It can also make people eat more later on as they “forget” that they’ve eaten. But if you have a designated café, table or common room then the meal becomes an event; the food is the focus; the meal box can be ticked as “done” and you become not only more full there and then, as you’re thinking about eating, but you also remain full in the gap until the next meal as you know that the meal has taken place.

If you ask people why they eat they tend to say “I’m hungry” or “I enjoy eating”. But for the majority of people food is far more complicated than that. Eating is about regulating emotions. We eat when we’re fed up, bored or in need of a treat.
It’s also about social interaction. So we eat more at a birthday dinner or festive celebration than during a simple night in, and it’s about communicating who we are to the rest of the world.
Imagine a first date – what would you cook? A roast dinner might be too maternal, beans on toast too student-like and oysters too desperate. Food can talk and it’s used to show the world the kind of person you are. But as a result people lose track of hunger and food fills many more roles in their lives than just preventing hunger.
We need to rediscover the feeling of hunger; learn that it feels nice to be hungry before a meal and that this hunger goes away once we have eaten. We also need to learn other ways to manage our emotions and other ways to socialize that don’t revolve around food. And this is helped by planning not only what to eat but also when and where to eat. And it’s also helped by planning how to eat.

Fullness is a perception, like pain or tiredness. So, in the same way that a headache hurts less if we drag ourselves off the sofa and into work to be distracted by our colleagues, we feel less full if we’re distracted when we eat. And so we eat more because we haven’t properly processed that we are eating. But if we eat at a designated time in the day called “a mealtime”, at a designated place called a “meal place” and tell ourselves “this is a meal” then this mindful approach to eating can make us feel fuller after meals and this fullness can sustain us until the next meal.
Dietitians, nutritionists and celebrity chefs are right to focus on what to eat. But eating well is also about when, where, why and how food is consumed. And if we can eat well then we can feel full again and food can be put back in its rightful place so that we can start to eat to live, rather than live to eat.
Read the Original Article at TheConservation.com 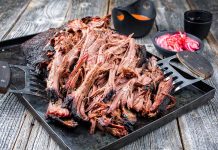