All Americans should have the opportunity to make choices that lead to health and wellness. Working together, interested, committed public and private organizations, communities, and individuals can take action to prevent sexually transmitted diseases (STDs) and their related health consequences. In addition to federal, state, and local public support for STD prevention activities, local community leaders can promote STD prevention education. Health care providers can assess their patients’ risks and talk to them about testing. Parents can better educate their children about STDs and sexual health. and openly discuss ways to protect their health with partners and providers. As noted in the Institute of Medicine report, The Hidden Epidemic: Confronting Sexually Transmitted Diseases, surveillance is a key component of all our efforts to prevent and control these diseases.1
This overview summarizes national surveillance data for 2015 on the three notifiable diseases for which there are federally funded control programs: chlamydia, gonorrhea, and syphilis.

In 2015, a total of 1,526,658 cases of Chlamydia trachomatis infection were reported to the CDC. This case count corresponds to a rate of 478.8 cases per 100,000 population, an increase of 5.9% compared with the rate in 2014. During 2014–2015, the rate of reported chlamydia cases among women increased 3.8% and the rate among men increased 10.5%. Following three years of decreases in rates during 2011–2014, the rate among women aged 15–19 years increased 1.5% during 2014–2015.
In 2015, the overall rate of chlamydial infection in the United States among women (645.5 cases per 100,000 females) based on reported cases was over two times the rate among men (305.2 cases per 100,000 males), reflecting the larger number of women screened for this infection. However, with the increased availability of urine testing and extragenital testing, men, including gay, bisexual, and other men who have sex with men (collectively referred to as MSM) are increasingly being tested for chlamydial infection. During 2011–2015, the chlamydia rate in men increased 20.0%, compared with a 0.3% increase in women during this period.
The facilities reporting chlamydial infections have changed over the last 10 years. In 2015, over 75% of chlamydia cases were reported from venues outside of STD clinics. Among women, only 4.5% of chlamydia cases were reported through an STD clinic and about a third of cases were reported from private physicians/health maintenance organizations.
Rates of reported chlamydia varied among different racial and ethnic minority populations. In 2015, the rate of chlamydia among Blacks was 5.9 times the rate among Whites, and the rate among American Indians/Alaska Natives was 3.8 times the rate among Whites.

In 2009, the national rate of reported gonorrhea cases reached an historic low of 98.1 cases per 100,000 population. However, during 2009–2012, the rate increased slightly each year to 106.7 cases per 100,000 population in 2012 and then increased again during 2013–2015. In 2015, 395,216 gonorrhea cases were reported for a rate of 123.9 cases per 100,000 population, an increase of 12.8% from 2014.
During 2014–2015 the rate of reported gonorrhea increased 18.3% among men and 6.8% among women. Gonorrhea rates among both men and women increased in every region of the United States, with largest increases in the West and the South. The magnitude of the increase among males suggest either increased transmission or increased case ascertainment (e.g., through increased extra-genital screening) among MSM or both.
In 2015, the rate of reported gonorrhea cases remained highest among Blacks (424.9 cases per 100,000 population) and among American Indians/Alaska Natives (192.8 cases per 100,000 population). While rates of gonorrhea declined 4.0% among Blacks during 2011–2015, rates increased among all other racial and ethnic groups, including a 71.3% increase among American Indians/Alaska Natives.
Antimicrobial resistance remains an important consideration in the treatment of gonorrhea. With increased resistance to the fluoroquinolones and declining susceptibility to cefixime, dual therapy with ceftriaxone and azithromycin is now the only CDC recommended treatment for gonorrhea.2 In 2015, the percentage of isolates with elevated minimum inhibitory concentrations (MICs) of cefixime and ceftriaxone remained low (0.5% and 0.3%, respectively). During 2013–2015, the percentage of isolates with reduced azithromycin susceptibility increased from 0.6% to 2.6%. Continued monitoring of susceptibility patterns to these antibiotics is critical. 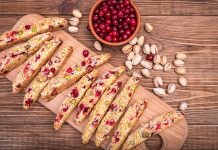 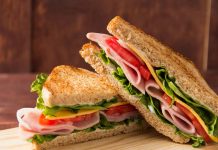