ABSTRACT
PURPOSE: Evaluate the results and complications from type A botulinum toxin for strabismus treatment.

After six months of follow-up 50% (7/14) of patients had a deviation under 10 PD, but there were still differences in esotropia when comparing the four time points concurrently and pairwise (Tables 3 and 4). Four patients in this group were indicated readministration but only 3 actually received it, and therapeutic success was achieved in 2 of them.

In group 2, two adults underwent readministration after three months of follow-up, totalling 7 applications. The causes of sixth nerve impairment were: neurosurgery (one patient), trauma (two patients), neurotoxoplasmosis (one patient) and Guillain-Barret syndrome (one patient) (Table 5). Among adult patients, the average age at administration was 37.40 (±9.93) years and the mean time from the onset of the palsy until administration was 9.14 (±5.08) months. The average deviation before administration was 46.43 (±23.40) PD of esotropia; one week after administration it was 30.71 (±30.61) PD; and after three months it was 41.20 (±30.82) PD. Patients then underwent surgery, except for the patient with paresis since their esotropia had decreased to 6 PD and the patient was satisfied with the outcome.
Discussion
Botulinum toxin type A is an effective pharmacologic alternative in the treatment of various types of strabismus. In infantile esotropia, simultaneous bilateral administration in the medial rectus muscles can provide stable ocular alignment with negligible risk. More than one application may be required in 50% of patients(8); McNeer et al.(18)report up to four applications. In our study the maximum number of applications was two, when the patient or guardian opted for a second application. Each application is independent and there is no cumulative effect, however Abbasoglu et al.(5) report that secondary injections have a greater effect than the first application.
The effect is also related to the patient’s age. In young patients there are no muscular mechanisms opposing changes in the original deviation, as described by Campos et al.(19). The lack of suppression can also be a good prognostic factor for restoration of binocular vision using prisms, surgery, or BTA(20). These factors account for the better outcomes found in children.
In our study, complications (ptosis in 38.89% and vertical strabismus in 11.11%) were transient and consistent with the literature. No systemic effects were observed, which is also consistent with the literature. The American Academy of Ophthalmology(10) reported an incidence of 17-50% for temporary ptosis and 17% for hipertropias. Treatment success rates decreased from 61% to 50% from the third to the six month of follow-up after application. These data are consistent with the literature, despite the difficulty in comparing results. In a study by the American Academy of Ophthalmology(10), the percentage of patients achieving a deviation equal or less than 10 PD was 33-72%, depending on the type of strabismus. Allan Scott(6) in his pioneering work found good results in about 40% of patients with only one application. In a study by Cronemberger et al.(11), 80.9% of patients achieved deviations under 10 SD, decreasing to 53% after two years.
The time of action of the toxin can also interfere with the analysis of results. Abbasoglu et al.(5) consider that results are affected by factors inherent to optical correction, secondary deviations, and amblyopia, among others, which can reduce the rates of therapeutic success in longer follow-up periods. However, Cronemberger et al.(11)reported that muscle weakening can last from 2 weeks to 8 months with permanent change of ocular alignment depending on the concentrations of the injected drug. Therefore, a study with a more prolonged follow-up period may yield different results.
Another factor that complicates comparisons is that our study was the only one that used a botulinum toxin of Chinese origin for the treatment of esotropia. There are great variations in the literature with regard to treatment types, doses, and types of botulinum toxin(4,5,7,11,12).
In 2000, Tang & Wan(17) compared the results of treatment with BotoxTM and ProsigneTM for facial dystonia and concluded that the former cost 8-10 times more than the latter and the dose of the Chinese drug needed to produce similar results was higher, probably due to differences in the purification process of the two formulations. However, no differences were found in their adverse effects. In a double-blind study by Rieder et al.(16) on facial dystonia, a dose ratio of 1:1.5 was reported for BotoxTM and ProsigneTM, respectively, with no differences in efficacy and safety. Therefore, the results of our study may have been influenced by the low administered dose, and higher doses might produce better results(18,19).
Even though BTA produces good results in acute sixth nerve palsy(7,9-11), in our study there was no improvement in deviation, except in the patient with muscle paresis. The results were probably influenced by the administered dose, the delay in seeking ophthalmic care (9.89 months), and the level of muscle activity in the paralysed muscle.
In conclusion, an improvement in strabismus with reduced ocular deviation was found in children after application of botulinum toxin type A (ProsigneTM).

All the contents of this journal, except where otherwise noted, is licensed under a Creative Commons Attribution License 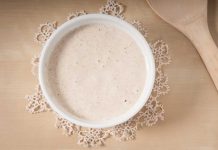 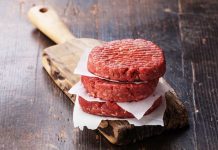 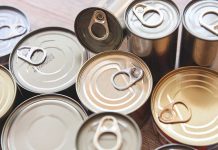 Lotrimin and Tinactin Spray Recalled Due to the Presence of Benzene

Lobster Products Recalled Because of Listeria